Paros is a Greek island in the central Aegean Sea. One of the Cyclades island group, it lies to the west of Naxos, from which it is separated by a channel about 8 kilometres (5 miles) wide. It lies approximately 100 mi (161 kilometres) south-east of Piraeus. The Municipality of Paros includes numerous uninhabited offshore islets totaling 196.308 square kilometres (75.795 sq mi) of land. Its nearest neighbor is the municipality of Antiparos, which lies to its southwest.

Historically, Paros was known for its fine white marble, which gave rise to the term “Parian” to describe marble or china of similar qualities. Today, abandoned marble quarries and mines can be found on the island, but Paros is primarily known as a popular tourist spot.

Paros has been inhabited since at least the Neolithic Ages, around 4000 BC, but in all likelihood much earlier, possibly dating back as far as Paleolithic times or so the evidence found in several places around the island would suggest.

During these Stone Age times, caves such as Demonon in the hillside of Lagada in Aspro Chorio, or Antiparos’ spectacular cave would have provided shelter for small groups of people who lived off the fruit of their labours. Fishermen, hunter/ gatherers and quite possibly some of the first farmers were the people who initially colonised these islands between 4300 – 3900 BC.

During the Cycladic times, or early Bronze Age (3200 – 2000 BC), the islands began to flourish. Ruins of villages from this era have been found on the sites of the modern day Kastro in Parikia, in the wind sculpted rocky hills of Kolymbithres, and also in Aliki and Glyfa. Ancient tombs from this time have been found all over the island, decorated with what we now perceive as classic Cycladic sculpture.

According to myth, Alkios, the 1st king of Paros built a city on the site of modern day Parikia during the Minion period (2000 – 1500 BC). Crete at this time was a major sea faring nation, trading with Egypt, Assyria and the Balkans. Paros was therefore an ideal base due to its strategic position at the centre of the Cycladic group of islands. Its’ blend of safe harbours, and the fertile plains surrounding them made the island into a major naval station. At this time Paros became known as Minoa, an honorific title given to Royal Cretan cities.

Around 1100 BC the Ionians invaded, destroying the Minoan civilization and taking the island for themselves. Not for long though, as roughly a century later (1000) BC, the Arcadians took over under the leadership of Parios – hence the name Paros.

During the period 800 – 700 BC Paros began to flourish. It became a prosperous maritime power, trading with the Phoenicians and even colonising other islands, notably Thassos, an island rich in metal deposits. It was during this time, the Archaic age, that literature and sculpture really arrived, many temples were built, one dedicated to the Goddess Athena was built in Parikia, although its marble blocks were later recycled into a Venetian castle built on the same site, remnants of which are still visible today. This was also the era of Paros’ famous satirical, and somewhat sarcastic poet Archilochos, who was the first to use personal elements in his poetry, and not refer only to the heroic deeds of others.

Paros also became famous for its’ marble at this time. Nowhere else had been found marble of such high quality, translucent to a depth of 3.5cm. It became highly prized and was used by sculptors like Agoracritos, Scopas and Thrasymedes for famous works of art such as the temple of Apollo on Delos, the Praxiteles of Hermes, the maidens of the Acropolis, and possibly the most famous of all Greek statues , the Venus de Milo, now housed in the Louvre In Paris. The ancient marble mines are still possible to visit today at Marathi, in the hills above Parikia, although apart from the marble that was excavated here to make Napoleon’s tomb they have not been used for centuries, possibly even millennia.

During the Greco-Persian Wars of 499-449 BC Paros disastrously sided with the Persians, the result being that the eventual victor Athens, dispatched a fleet under the leadership of Themistocles, which forced the Parians to surrender and ally with Athens.

In 338 BC Paros came under the authority of Phillip Of Macedonia, Alexander’s father, and after his death was ruled by the succeeding Ptolemy. The ancient graveyard on Parikia’s seafront dates from this period.

When Paros became part of the Roman Empire it continued to produce great works of art until it became an island of exile. As Christianity spread during the Byzantine era there was an explosion of church and monastery building including what is considered to be one of the most important Byzantine monuments in Greece, the Church of a Hundred Doors, or Ekatontapyliani.

During the 7th century AD constant attacks by pirates led to a virtual desertion by the island’s inhabitants and Paros became known as a pirate hideout.

In 1207 Paros became part of the Duchy of the Aegean, under the rule of the Venetian Marco Sanudo and later passed from one Venetian family to another until in 1537 it was captured by the pirate Hayreddin Barbarossa, an event still “celebrated” today in Naoussa’s annual pirate festival on 23 August.

In 1560 yet another long period of occupation started when Paros fell under Turkish rule, becoming part of the Ottoman Empire until the Greek Revolution in 1821 when it finally gained independence and was incorporated into the new Greek state.

During the Second World War Paros was once again invaded, this time by the Germans, whose occupation took a heavy toll, leading many of the islands inhabitants to seek their fortunes elsewhere.

Since the 1960’s however the island’s invaders have been rather more welcome, as Paros has developed into a major tourist destination famous for its’ renowned cultural scene, glorious sandy beaches and bustling night-life. 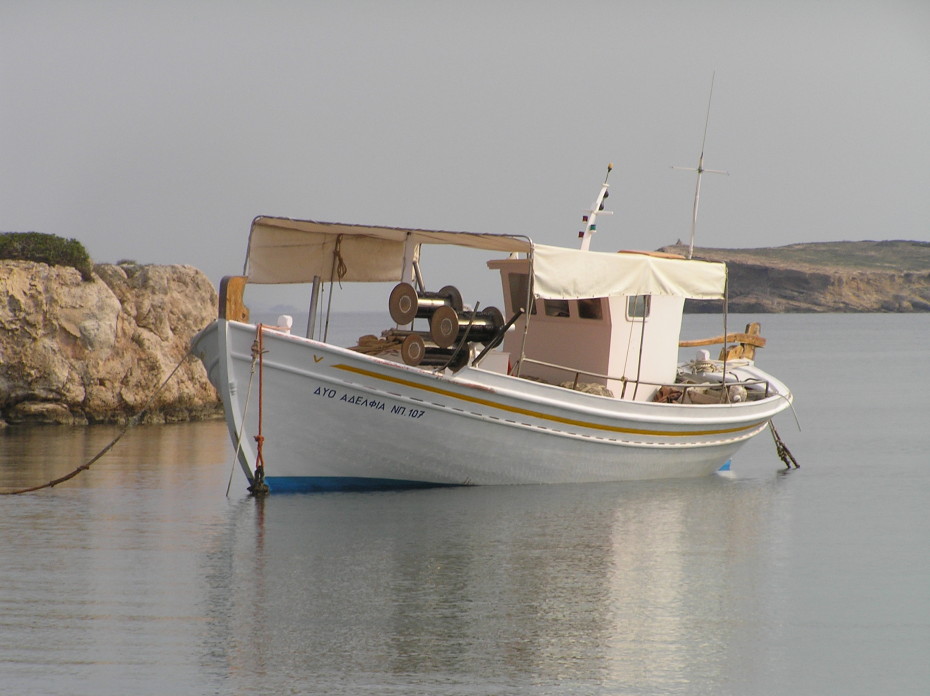